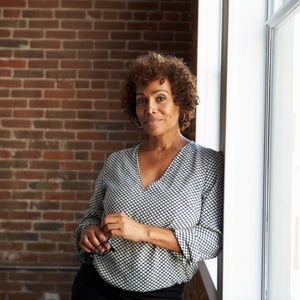 Does Vitamin D Have Anything To Do With Melasma?

That splotch is back. It’s the same sort of thing you got when you were pregnant, and your friends called it the mask of pregnancy. Your dermatologist called it melasma and said it would likely go away on its own once your hormones found some stability after pregnancy.

It did, until now. Is vitamin D the cause of your melasma?

What Is the Mask of Pregnancy?

Melasma is a condition that leads to hyperpigmentation of the skin, or an increase in pigmentation and darker coloration in small spots or larger areas. It’s a common condition, affecting around 5 million people in the United States, with a 40% prevalence rate among certain sectors of the population. For some women (and 90% of those with melasma ARE women), it presents as small, shapeless freckled areas, while for others its large and precise blotches.

Melasma is frequently called the mask of pregnancy due to the high occurrence among pregnant women as their hormones fluctuate and change, but people who are not pregnant also develop the condition.

What Are the Signs of Melasma?

Melasma leads to skin discoloration that's darker than a person’s usual skin tone. The discoloration appears in patches of varying sizes, sometimes covering large areas. Though they are always darker than the skin, how dark they appear can vary in degree. These patches often appear on the:

Less commonly, they appear on the neck or forearms. Sometimes patches show up symmetrically, on both sides of the face. And most importantly, they tend to show up in areas that have high sun exposure.

Melasma is divided into three categories based on which layer of skin is affected.

There may, in fact, be an association between vitamin D and melasma, which is why many women ask the question “Can vitamin D deficiency cause melasma?”

Women. Women make up the majority of people who deal with melasma, and it more frequently affects those with darker skin than light.

It’s yet another condition that seems to rear its head when hormones fluctuate, hence the reason it appears often during pregnancy. Melasma also affects those with darker skin tones: types 4 to 6 on the Fitzpatrick skin scale more frequently than 1-3.

Melanin, a natural pigment produced by some cells and responsible for giving skin (as well as the hair and eyes) its coloration. The more melanin, the darker the skin. Since there is higher pigmentation already in darker skin tones, changes that affect pigmentation are more noticeable.

If you have family members who have melasma, it’s more likely to be in your future as well. Research on who gets this skin condition reveals that up to 61% of those who have the condition report a family connection. As well, if you’ve been a sun worshipper at some point in your life, laying out for long periods in pursuit that bronzed beauty, you’re at a higher risk of getting melasma.

What Does Vitamin D Do for the Skin?

Vitamin D is an essential nutrient, but your body can only get it in two ways: ingestion in specific foods or supplements, and by producing vitamin D with direct sun exposure.

This nutrient does great things for the skin and can even help slow the look of aging. Ironically, though the sun is a great source of vitamin D, too much sun exposure leads to accelerated aging, skin damage, and more melanin production. Adding insult to injury, ultraviolet rays supply you with vitamin B, and these are the very same rays that do the most damage to the skin when you bake in the sun.

Vitamin D also serves as a protective agent and is believed to aid in immune function. It helps your skin cells metabolize, grow, and repair themselves. And, research into vitamin D absorption through the skin has found that those with higher melanin levels often have lower levels of the vitamin in their bodies.

Deficiencies and insufficiencies in this vital nutrient are increasingly common in the modern era, regardless of skin tone, as people remain indoors more than ever.

Can Vitamin D Deficiency Cause Melasma?

Estimates of vitamin D deficiency worldwide indicate that approximately 1 billion people don’t have enough of this essential vitamin. It affects people in all parts of the world. Though people with lighter skin are still affected, there may be a relationship between skin tone and vitamin D deficiency.

In places where people physically cover a larger portion of their bodies with clothing, such as in the Middle East, rates of Vitamin D deficiency are exceptionally high, even though there is sufficient sunlight year-round for adequate absorption. Additionally, people with darker skin tones have higher rates of vitamin D deficiency no matter where they live.

Recent research on patients with melasma indicates that people who have the condition are more likely to be vitamin D deficient than those who don’t. This connection doesn’t mean that you can blame melasma on a vitamin D deficiency, though. People who are more prone to sunburns also tend to be deficient, suggesting that damage to pigmentation could reduce vitamin D absorption.

Excess sun exposure does seem to play a role.

What Can You Do To Reduce The Look of Melasma?

Fortunately, melasma is often temporary, and there are treatment options. Though there is no cure for melasma, you can reduce the hyperpigmentation associated with melasma and soften its look.

First, let’s talk prevention. If you’re melasma-prone, include sunscreen in your daily skin-care routine and be conscious about your daily sun exposure. Sun exposure can trigger and exacerbate the issue, so a hat for extra protection or using a higher SPF sun protectant can help. Make sure you’re getting enough vitamin D through food and supplements when reducing your sun exposure.

A variety of prescription medications can help too, particularly those with active ingredients like hydroquinone, tretinoin, fluocinolone acetonide, or kojic acid.

Tretinoin is a dermatologist go-to that accelerates the skin-cell turnover process, speeding up healing and helping to send those melanin-packed skin cells that are causing the discoloration on their way faster. Fluocinolone can help to reduce inflammation, while kojic acid is sometimes used to block the formation of pigment by melanocytes. Hydroquinone is a skin lightening agent that works by reducing the production of melanin too.

You’re a unique individual, and your melasma condition isn’t like anyone else’s. Consider visiting a dermatologist if you're ready for prescription treatments, and make sure to practice smart prevention along the way.

This article is intended for informational purposes only and should not be considered medical advice.Consult a healthcare professional or call a doctor in the case of a medical emergency