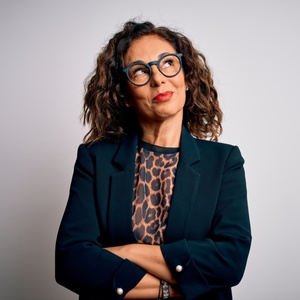 Acne vs. Rosacea: What’s the Difference?

Acne and rosacea are both common skin conditions that can cause a significant amount of anxiety. Given the similarities between the two, there’s also a lot of confusion about acne vs. rosacea.

What’s the difference, and how do you tell them apart?

Just How Common Are Acne and Rosacea?

Acne is prevalent in a majority of the population during adolescence, but adults get acne too. Adolescent males tend to get worse acne than women of the same age; however, that flips in adulthood. Adult women are affected more often than men. Research shows that the prevalence of acne in adult women ranges anywhere from from 12% to 41%!

In contrast, while anyone can get rosacea, it’s much more common in adults. When it comes to these two skin conditions, adult women have none of the luck. Though women are more prone to rosacea, men tend to have more severe cases. Fair-skinned people are more at risk too, with research indicating a prevalence of anywhere from 2% to 22% of the population.

Acne is a skin condition that most people are familiar with. During the teen years, it’s a source of embarrassment for many, and is one of the primary reasons why this stage of life is seen as such an awkward one.

When adults get acne, however, it’s often a source of real frustration and even anxiety. A severe case can meaningfully interfere with quality of life.

Acne occurs when the sebaceous glands that sit beneath hair follicles produce too much oil, or when follicles and pores become clogged with a combination of dead skin cells and oil. Hormones play a major role, as high androgens lead to acne in adolescence for both boys and girls. In much the same way, acne is often linked to changes in hormones for women, both monthly during menstruation and during menopause.

You can get acne anywhere on your body, but it most often shows up on the face, shoulders, chest and upper back because your sebaceous glands are concentrated in higher numbers in these areas. Feeling stressed can cause an acne outbreak, too. Diet has an effect, but — contrary to popular belief — it isn’t chocolate or greasy foods that are to blame. Instead, look at how many refined carbs you’re eating, such as bread or chips, which are greasy but more importantly carbohydrate- and sugar-rich.

There are different stages of acne, with symptoms that vary based on how severe your outbreak and condition are. If you have acne, you may see one or more of the following:

Acne symptoms tend to come and go, so you may see your spots fade at times. At other times, you may feel like your skin has turned into a minefield, with red spots of all sorts flaring up across affected areas.

Rosacea is an inflammatory skin condition that affects the face primarily. It’s a chronic condition with no cure, and while no one knows exactly what causes rosacea, you can probably blame it on a combination of environmental and hereditary factors. If you have close family members with rosacea, you’re at increased risk too.

There also seems to be a possible connection between rosacea and microscopic organisms.

You can’t see the members of this microscopic world, but your body is host to a whole universe of bacteria, pathogens, and other organisms. A mite called Demodex is a resident on everyone’s skin and likes to build its communities on the nose and cheeks. People with rosacea tend to have over-crowded Demodex communities on their skin.

As well, Helicobacter pylori is a bacterium that can cause intestinal infections, and many people with the bacteria have rosacea as well. As with Demodex, some people host the bacterium who don’t have the disease. Another possible contributor is how the body processes proteins, which may be different for those with rosacea.

With so many elusive links, you can see the challenge for scientists and clinicians trying to nail down what causes the condition – and how best to treat it.

Rosacea tends to go through periods of remission and flare ups, which are often caused by lifestyle factors such as diet, stress and even exposure to sunlight. If you’re in the early stages of dealing with rosacea or have a mild case, your face may look red or flushed frequently, even if you haven’t been in a situation that warrants it.

The range and severity of symptoms can vary tremendously between people, and though most people seem to experience redness and flushing before anything else, this isn’t always the case.

How Do You Tell the Difference?

Sometimes, it can be challenging to tell the difference between the two conditions.

If you have a form of rosacea that results in red, swollen bumps, it’s particularly tough, but there are a few differentiating factors in acne vs. rosacea. If you have red, flushed skin that accompanies red bumps on your face, you likely have rosacea. If you have red bumps on your face but you also get them on other parts of your body, you’re likely dealing with acne. Another key indicator that you have acne and not rosacea is that you have blackheads, whitehead, and papules, along with red bumps and pimples.

Can You Have Both Conditions?

Now for the hard news: Yes, you can have both conditions at the same time. Women may be particularly prone to experiencing both acne and rosacea; they’re also more likely to experience acne at some point in their adult lives. This double whammy creates a serious challenge in treatment.

How Do You Treat Rosacea vs. Acne?

When you have both conditions, getting effective treatment means getting expert help.

We work with you to fight one, the other, or both conditions, and all from the comfort of home.

Get started today with a free online consultation and you could have prescription solutions at your door in no time, if prescribed.